AlphaGo at the Milwaukee Film Festival 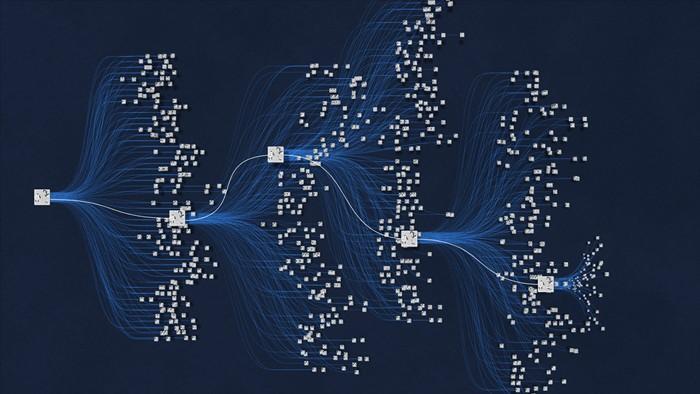 The Chinese game of Go is considered to be the most difficult game in the world, and because of the seemingly infinite of board configurations, and the amount of processing power just to figure them all, it’s a game that requires a level of “intuition” that would make it impossible for a computer to win. Enter AI, or specifically in this case, a an AI subset called machine learning (ML) or artificial neural network (ANN).

We’ve seen the advent of man versus computer in games of mental skill, including backgammon, checkers, chess, scrabble and even Jeopardy, but all of these were programmers filling the computer with a game’s known strategies and previously played tournament games. The computer can make the best choice based on all the history known to it

This matchup is a bit different, it also employs a different kind of AI called “general purpose” AI. General purpose AI doesn’t have to know the game at all, it usually starts on its first day with merely the ability to parse a series of pixels (being fed from a camera or screen), and the knowledge of what it is to win or lose, and whatever game controls there are, like a joystick.

So if you started a general AI on an old video game, Space Invaders, say, the AI would only be able to see the screen, know what it means to lose and win, and be given control of its spaceship and the fire button. The AI would immediately lose against the game, but then start to try moving and firing against the game, and every time it lost, it would try not to make the same mistakes again. It would then play the game over and over for days or weeks until it got it right. The key is that the general AI wouldn’t have any previous knowledge of Space Invaders, it would just learn as it goes.

A little background in AI, and what to watch for in AlphaGo:

It’s all too commonplace in 2017 for journalists, fiction writers and even technologists to use AI and deep learning, neural networks, algorithms and even “technology” even as synonymous.  Technology and AI are difficult to describe, no doubt, but so were at one time Captchas, phishing attacks, spam and other privacy and security terms. Humanity will learn and adapt to technology, no doubt, and now is the time we all need to start understanding AI and the different kinds and uses of AI.

Let’s start at the beginning: despite what the crowd might say, AI is not magic. It’s a computer program. Most computer programs do their business logic as a pre-defined set of instructions, and a key differentiator of an AI computer program is that it changes its business logic within parameters -- it learns -- to achieve a task better. AIs are often programmed to do one task and one task only, and even the multi-task general AIs can still only try to win games and solve problems.

It’s also important to note that all of the advances in AI are still highly minor, and all we’re seeing is what’s sometimes called ‘weak AI’, or ‘discrete’ AI. There are lots of levels of AI that include the ability to understand that other sentient beings have thoughts, and that make an AI become self-aware (an artificial sentient intelligence, or ASI), but all of that remains to be theoretical and fiction. Also highly frightening, if Elon Musk, Bill Gates, Stephen Hawking and a cadre of science fiction writers are anywhere near accurate, but that’s a post for another day.

In the world of weak AI, there is a part of AI that’s become a source of a lot of fascination and is changing the gestalt of AI: ‘machine learning’, and more specifically, artificial neural networks. Instead of using the microchip framework of very fast answers to very very specific math questions is X greater than Y, (and an operating system that makes that into spaces you can see and interact with), neural networks are using a more brain-like processing ‘neural’ network with a much wider set of connections to choose from.

Since neural networks work a bit more like an animal’s brain, they should be better suited to do things that animals’ brains are well suited to, like visual and auditory pattern recognition, so computer vision, speech recognition, machine translation, and, in the case of AlphaGo, playing board games. And the fun of neural network learning is that once you have a system, a speech recognition of a particular language, say, teaching it second or third language is much easier -- just re-run the learning sequence in giving it 10,000 hours of Telenovelas.

Neural network artificial intelligence is most definitely interesting to people because it works in the multimedia that humans communicate best in, so when a computer paints a picture of a cat, it speaks more directly to us. It also opens up fun and interesting mash-ups like applying a specific painter’s style to your photo, generating music Chopin might have, or playing Go.

MFF’s screening of AlphaGo will assuredly delve into the realm of neural network or machine learning, and cover a lot of ground on why neural networks are more human-like because of the way it learns and the way AlphaGo processes information like a human brain. And while beating grandmaster Lee Se-dol is an incredible trick, it’s not unlike drawing a cat and machine learning turns it into a cat-like photo, a wonderful parlor trick. And AlphaGo, the movie, will likely question why we humans like games, and, if we’re lucky, why we like cats.

But don’t get taken by parlor tricks. Watch out for a complete lack of understanding on AI even by some of the movie’s “experts”, or worse, a “Faux AI”, a not-really AI but seems smart. While AI will assuredly transform how computing is done, it’s still basically in its infancy. And we’ve seen some pretty fun AI parlor tricks go into the gutter fast, like when Microsoft created an AI chatbot named ‘Tay’, who was taught by the twittersphere to be racist and genocidal. and taken offline. (Elon Musk should ask if Tay’s Amazon Prime account showed purchases of online backup software and battery backups, because we assuredly dodged a bullet there.)

But in the more mundane misuses of AI, it’s become de rigeur to advertise some sort of AI in any online product, dating powered by AI! Content management auto-updated with AI! Dog walking smarter with AI! But only in the loosest definitions of AI is any of this actual AI. Certainly these services are “smart” in the way Deep Blue was smart compared to Garry Kasparov, but are they actually intelligent? Or is it really just ignorance-assuming hucksterism?

What’s next for AI (and machine learning) beyond AlphaGo:

Since DeepMind won the bout against grandmaster Lee Se-dol, there are definitely still games to play, and Google DeepMind had its sights on StarCraft, the video game. If you think about it, it’s perfect for an AI -- a known “world” that it can visually digest and it’ll assuredly find novel ways to solve the problems. And more complex video games are a lot more complicated -- it’s not just digesting a picture of a Go board, it’ll have to do frame-by-frame digesting of a pretty action-filled game that’s based on 3d, which is a distinctly animal way to see the world. 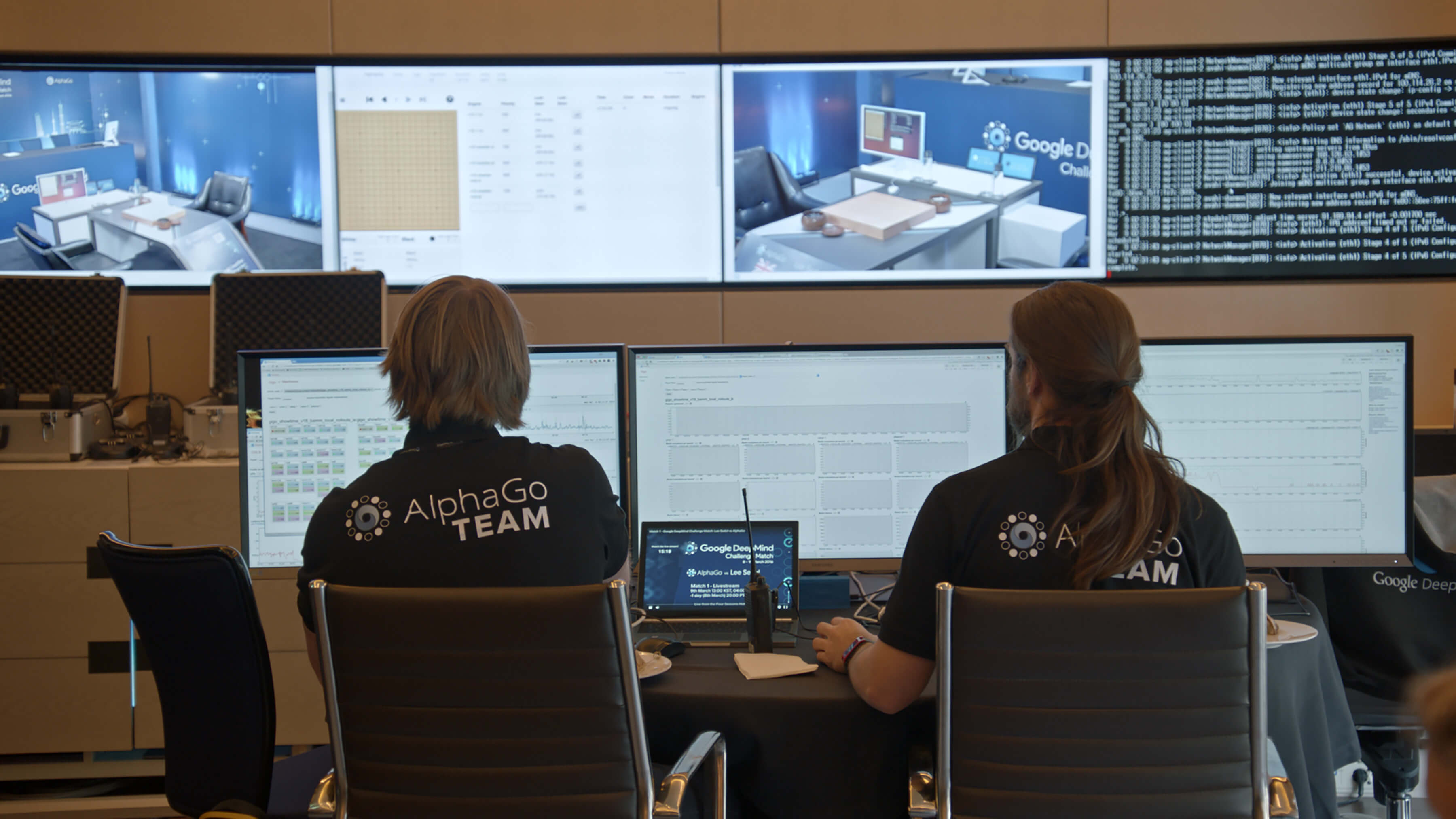 But while winning StarCraft is still just machine learning, there are lots of business applications for AI of this type, from picking stocks to predicting Alzheimer’s to large scale buying of online ads. Between AI and robotics, there’s likely a major shift in work, much like the industrial revolution, and AI will probably put an entire middle-skilled class of people out of work over the next ten years. There are lots of economists and futurists who believe that job losses will be severe, and some think that we may have a world beyond work and some see a pretty dark future. Of course that means we’ll be doing a lot of retraining to accommodate for those changes. And a lot of the work that AIs can’t do is more rewarding work for humans anyway -- more creative, less repetitive. (Please, robot overlords, save me a good job!)

The bigger questions happen in AI when we reach the next level of AI, the so-called ‘strong AI’. There are lots of fictional explorations on the positive and negative sides of strong AI beyond job shifts, namely how we define them and how we will need to control them when they reach beyond their intended uses. You don’t have to go far to see the questions that AI brings up in fiction, movies and television shows. As William Gibson, Terminator, Blade Runner and Person of Interest will vividly illustrate, there’s plenty of interesting and nefarious ways AIs could manifest. For now, nefarious AIs will start causing different kind of troubles, namely being able to beat captchas, tweet racist insults, and tricking people into thinking they’re real Nigerian princes (see: Turing test), and depending on what you consider ‘nefarious’, being able to more effectively target you in marketing or track and predict your every move through your cell phone and online history.